Better than Götze and has Premier League experience
Glen Miller

He'll cost an arm and a leg.
Keyser Söze

A fair few people seem to have been rating him for a couple of seasons now but I don't see it personally. They point to the fact he's gotten 11 goals this season but until match day 31 he'd only scored 3 goals all season. Granted he does play on the wings but even then 7 assists isn't impressive enough.
Scott_LFC

Stranger wrote:Better than Götze and has Premier League experience

He's inconsistent as fuck. Turned up against us though, typically.

Would rather we stayed away from him. Just use Ojo.
Scott_LFC

Dahoud, however. Looks brilliant. Admittedly I am going off YouTube, but you can usually tell when a player is genuinely good.
Scott_LFC

Can't wait until we get rid of Henderson and Lucas and just have a much more agile, technical midfield. Milner's done enough to at least have another season. Allen will probably go, but I really hope he stays.

What about Matip? Compared to Sakho.

Be interesting if we hold onto Balotelli too

I've missed him on FIFA. Benteke doesn't cut it.
Stranger

Scott_LFC wrote:Dahoud, however. Looks brilliant. Admittedly I am going off YouTube, but you can usually tell when a player is genuinely good.

I watched a "Mane best skills HD" video and he was top class.
Scott_LFC

Scott_LFC wrote:Dahoud, however. Looks brilliant. Admittedly I am going off YouTube, but you can usually tell when a player is genuinely good.

I watched a "Mane best skills HD" video and he was top class.

Not really. When you watch clips of him, he looks a bit rough round the edges. Technically not "smooth" on the ball if that makes sense. Dahoud looks to have "it".
Scott_LFC

Him and Xhaka have been brilliant together last season.
The Zlatan 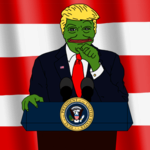 What style of player is Dahoud? I'm just trying to think how Arsenal's midfield would be like because I've read that Xhaka is comparable to Xabi Alonso, but I get the impression Dahoud isn't really a defensive player so their partnership might be replicated in some way.
Scott_LFC

There's quite a few YouTube videos of their partnership, iirc.
Keyser Söze

I think he's a box to box type player. Doesn't get a lot of goals but he's decent in the final 3rd, apparently. Sounds like Wilshere.
The Zlatan

It makes me think that Wenger is going to change the formation a bit next season.
Glen Miller

Scott_LFC wrote:Can't wait until we get rid of Henderson and Lucas and just have a much more agile, technical midfield. Milner's done enough to at least have another season. Allen will probably go, but I really hope he stays.

Henderson is a sad case really.  It is kind of tragic that we signed a 20 million pound physical specimen and hoped that he would develop adequate technique in his 20s.  Now his body looks shot and he never recovered mentally from the red card against Manchester City.  Watching him for England yesterday was like watching the child that Dalglish signed all those years ago. Emre Can is really what we thought we had signed in Henderson-much higher technique and fantastic athletic qualities with a bit of ironing out required in his decision-making and positioning.

I hope we keep Allen as well, he is pretty much a dream squad player and can play further forward or defensively in the center of midfield equally well. He might not settle for that and I wouldn't begrudge him if he went off to captain a team like Swansea.

I am kind of worried about Coutinho.  I don't think he has improved at all from last season and he was anonymous in the massive games against Villareal and Sevilla.  With Firmino likely to cement his role at #10, will he be satisfied with a role on the wing where he is less effective?
Keyser Söze

Henderson reminds me of Ramsey a little. Had potential, was shit for a very long time, people wanted him out, had a great season and people loved him, got injured and finally went back to being shit but people are still pining for him to be good again.

Personally I despise both players. I think they were overhyped during their short good spells purely because they were British. Plenty of foreign players in the PL have equally as good purple patches yet everyone calls them for what they are.
Glen Miller

A fair comparison, although Ramsey's experiences (the highs and the lows) were more extreme.  Henderson only played a peripheral but useful role in the Suarez season, and he only gave us genuine hope when he scored 3/4 goals around March last season.
Scott_LFC

Is Hector an improvement over Moreno?

He appears to be Germany's first choice left back.
Stranger

He appears to be Germany's first choice left back.

Löw hasn't even called up the best fullbacks
Scott_LFC

Who are the best fullbacks?
Scott_LFC

We keep getting linked to players I've never heard of. I'm now resigned to not signing anyone who's already a big name (or relatively big). Just gotta hope Klopp replicates what he did at Dortmund, in the sense that he kept signing unknowns who then became household names.

It's a bit depressing though, considering I have to see the likes of Ibra go to United and Gundogan go to City, etc.
Keyser Söze

Ibrahimović doesn't even remotely fit the profile of the types of players your board wants. Old and expensive. No room to develop, no longevity and no possibility to make/recoup money. Why would you want him? I'd have liked him at Arsenal but that's because he could have made a tangible difference, not the case with Liverpool.

Gundogan would have been good for you guys, I'm sure you made contact with him (like you did with Xhaka) and it was just a matter of him picking City.
Scott_LFC

Have we really signed any big names since the early days of Benitez' time, though?  I think Torres is the last player we signed who had undoubted quality, a big reputation internationally, and no massive mental issues was coveted by other teams. We've certainly spent tons of money since then, but the only two whom I would consider to be close to big names were Suarez and Balotelli, and I don't need to explain why we were the ones who ended up with them ahead of better clubs.
Scott_LFC

I think you are forgetting the day we re-signed Robbie Fowler.

True, we probably haven't ever bought anyone who's "name" is on the level of Ibra. Mascherano was a pretty big coup, I think? I remember being shocked when he and Tevez went to West Ham.

Sturridge was a decent one too. Robbie Keane at the time, was probably a "big" signing. I always forget that he played for us. What about Cisse?

Either way, I think this summer is set to be one of the most underwhelming transfer windows yet for us, unless Matip, Karuis and Grujic do a Sami, Reina and Alonso. This Zielinski bloke doesn't even look that good on YouTube, which is saying something. Dahoud looked great but it looks like we aren't getting him. I seriously doubt we will pay the money Southampton are asking for Mane, either. I reckon Klopp is sticking with Moreno as the starting LB and will bring in Chilwell, who'll be on the bench (I'd have prefered Hector, but that's gone quiet too).

If we sell Coutinho, then RIP Liverpool. I don't think we will, though.

Probable line-up for next season;

I am pretty excited about Origi, though.
Keyser Söze

You're complaining about a lack of big game signing yet listed Sturridge, Keane, Mascherano and Cisse as past examples? None of those were big names, in fact they're probably the same level of signings you'll make this summer and have been making for a number of years.

I just said we hadn't bought any that were on the name level of Ibra. I was just pointing out our "bigger" signings in recent years. That's the 2nd post in a row you've misunderstood from me.I wasn't comparing them to elite players.

Keane, Mascherano and Sturridge were very known players, unlike, say, Grujic and Zielinski.

Signing Mane would be a Lallana type signing. Not a Robbie Keane.
Keyser Söze

Where did I even mention Ibrahimović in my post? You're talking about "big" names and I'm saying none of those would have that tag attached to them. And I'm not talking specifically about the use of certain descriptive words/phrases. It's pretty obvious what a term like "big name" means and entails so let's not get held up with petty semantics.

Mascherano was known primarily because of the WC that year. If some obscure player had a good Euros now would you class them in that bracket of a big signing? Someone like Zielinski would actually fit that analogy.

Robbie Keane was the striker of a predominantly mid-table club. His goalscoring record in the two season prior to you signing him is pretty similar to Mane. I'd say the two would be in the same bracket. He's definitely at least on par with someone like Benteke but you haven't mentioned him as that type of signing. Robbie Keane just enjoyed more exposure from a celebrity/fame point of view because he was Irish.
Scott_LFC

Well, I'm sorry, but Mascherano, Keane and Sturridge all felt like relatively big signings to me when they happened. Benteke didn't. Firmino did (forgot about him). Carroll didn't. Suarez did. Lallana didn't. Balotelli did.

That's just how I felt about these particular signings. I do apologise if it doesn't quite fit in with how you view it. To me, we aren't gonna replicate the feeling that Mascherano, Keane, Sturridge, Firmino, Balotelli gave me.

Let alone someone as big as Ibra.
Scott_LFC