I'd really like to see Steve Nash try his hand in the MLS. That would be something to watch.
Phadunkin Donuts

He'd definitely be a Brad Davis type. Would be excellent.

Robbie Keane might just be the best player in the MLS.

Beckham wants one more glorious moment. GIVE HIM THAT MOMENT.
Glen Miller

Just pulled a Henry.. gave up a free kick in the dying minutes.
Phadunkin Donuts

PENALTY GIVE IT TO BECKHAM
Jorlung 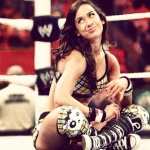 Fuck me, why not give it to Becks?

lol love that celebration though, every time.
Glen Miller

Such a beautifully emotional moment.
Jorlung

LOL Omar came over to embrace Beckham, and the ref was all like GET BACK OVER THERE
Rei Andros

Does every chant have to include clapping?
Jorlung

The players don't even look like they want to celebrate.

Rei Andros wrote:Does every chant have to include clapping?

no sometimes they spread open their arms and chant a word over and over.
Rei Andros

Rei Andros wrote:Does every chant have to include clapping?

no sometimes they spread open their arms and chant a word over and over.

Variety is the spice of life.

Beckham out, no longer a fan of LA Galaxy.
Sean

This is the most anti climatic celebration Ive ever seen

It's like this every year. But what else is suppose to go on? Fans cant storm the pitch and shit. The players are obviously thrilled.
dena 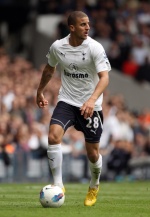 without Becks and possibly Donovan the MLS Cup may be won by any other team!
BigJ0526 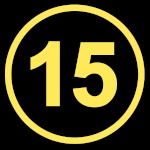 Nope. All that money tied up in Becks and landon will be free to sign more big names. LA will prolly sign Frank Lampard and Neymar. Rinse, repeat. Fuck LA

Landon will probably be a bargain signing because I doubt many people will want a 30 year old player who's hardly ever played outside the MLS. I'm assuming he's heavily rumored to be going to Everton?
Muhkoo 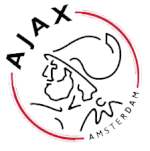 Phadunkin Donuts wrote:It's like this every year. But what else is suppose to go on? Fans cant storm the pitch and shit. The players are obviously thrilled.

as such.
Granted the anti climatic feeling might be that the MLS turns into a fucking cup at the end of the season, which is terrible, but thats the US way to do it

But i'd say that if there should be that true championship feeling it should be the best team of the season that wins MLS (major LEAGUE soccer). Which probably would have not been LA or Houston as they both came from 8th and 9th overall points.
limerickcitykid

Beckham is a bloody legend.
Bye_Ya

MLS is kind of a joke. People talk about wanting to grow it, then look at this shit.
Sponsored content