Join the forum, it's quick and easy
Would you like to react to this message? Create an account in a few clicks or log in to continue.

When Arsene heard how much Falcao wanted for wages 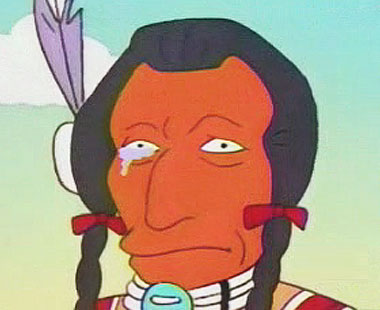 £16million for Welbeck. Kill me now since this season will be a complete failure. Might as well write off next year as well since no chance will spend a penny on another new striker after signing this useless ice cream.
ResurrectionRooney

Arsenal fans outside the Emirates 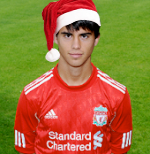 Keyser Söze wrote:£16million for Welbeck. Kill me now since this season will be a complete failure.  Might as well write off next year as well since no chance will spend a penny on another new striker after signing this useless ice cream.

For what? I'm an Arsenal fan and this is the Arsenal thread. I'm allowed to criticise our players.
Sean

Keyser Söze wrote:£16million for Welbeck. Kill me now since this season will be a complete failure.  Might as well write off next year as well since no chance will spend a penny on another new striker after signing this useless ice cream.

I was just kidding. This is no way to "criticize" a player.

Is this you Keyser in the yellow shirt?
Jordan Henderchip

Reading the comments about Welbeck on /r/soccer is pretty funny. People there seem to think United got the bad end of this deal.

These are pretty good. The last one is my personal favourite, it's RAWK level emotions.

Danny is born and breed so it meant that bit more for all of us.

We are fuming, the board can fuck off for allowing this and Welbeck can fuck off as well.
SAF would NEVER have allowed this.

So, so sad to see him leave. I still believe he can become a top player despite the criticism he gets. It's definitely going to hurt me inside to see him play for Arsenal.

I am heart broken to see Danny go. Gunners, please take care of him.

I won't pretend I'm not happy about the signings made, but Manchester United has sold its soul and become just another club with a lot of money.

Im absolutely gutted, I've watched Danny grow up to become what he is and to see him go to Arsenal is painful.

I'm on the verge of crying, it's been 16 months since Fergie left and our identity is all but gone. What player can we point at now and say he's ours? What happened to investing in great young players brought up through the ranks? This is not the United I grew up to love with it's unique principles.
We didn't even need a striker FFS.
Edit: Just to explain how stinging this is as a United fan. It's no different to Arsenal selling Jack Wilshere to us, it's actually unthinkable, but it has actually happened in our case.

/r/soccer is so faggy, after every game it's just full of people congratulating each other for beating their own team.
Free_Mustache_Rides

I actually get where those dudes are coming from, but I don't think Danny Welbeck is worthy of those sentiments.

Maybe if it was Paul Scholes in his day or something.
Scott_LFC

Mirror Football @MirrorFootball · 13m
Welbeck has rolled his ankle in training, as if Arsenal fans' nerves weren't already shot after the last couple of days...

I heard its not to bad but still.

Probably just his United DNA faking injuries to get out of pointless international matches.
Scott_LFC 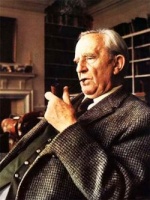 Who's accepted him as a good striker?

Keyser Söze wrote:Who's accepted him as a good striker?

You should see the shit Chris is coming out with on Twitter.

Chris G @oochriso · Sep 1
I can see why United fans are upset about Welbeck. Fights for the cause, been there since he was a boy. It's like Wilshere signing for them.

Experienced at the highest level with a big club.

Chris G @oochriso · Sep 1
£16M for a young striker who's already put in his ground work is a pretty good deal. Welbeck could take his game to the next level at #AFC

Chris G @oochriso · Sep 1
If Welbeck comes in he has my backing. Has the tools to be quality.

People say he'll do a Sturridge but he never got that much stick.
Scott_LFC

Lol, all jokes aside, I would have taken him at Liverpool. A straight choice between him and Balotelli would always result in Balotelli, for me, but I still would take him, just on the off chance that he does indeed, do a Sturridge and start banging them in once he's consistently being played up front. In fact, I can actually see it happening. He'll never be as good as Sturridge, with the ball at his feet, etc, but I can still see him putting away the chances that Giroud seems to constantly miss, as well as doing the clever backheels and 1-2s that Giroud does.

If he becomes a goal every other game striker for you, you'll be laughing. And I will seriously LMAO at United if that becomes the reason they miss out on 4th.
Zzonked

It's difficult to say whether he'll do well or not. The thing United fans always said was that he's only not scoring because he's pushed out wide and he offers other stuff to the team. Now his job at Arsenal will almost exclusively to score. They don't need anyone to help with the buildup, there's enough of that already. I can't say we've ever seen enough of him as a pure goalscorer to say how well he'll do.
vel 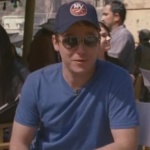 It's so fucking stupid too, saying since he got pushed wide he couldn't score. You don't lose your ability to score in 1v1 situations when you're not in your favoured position. It's fucking nonsense, Welbeck is god awful inside of the box and the only thing that he is great at is his flicks and shit
Sean

vel wrote:It's so fucking stupid too, saying since he got pushed wide he couldn't score. You don't lose your ability to score in 1v1 situations when you're not in your favoured position. It's fucking nonsense, Welbeck is god awful inside of the box and the only thing that he is great at is his flicks and shit

Yea exactly, people dont really criticise him for not getting in good scoring positions, which may be excused somewhat by playing on the wing, its the fact that when he gets in those positions he cant take advantage.
Grenade

I actually think Welbeck is a pretty good signing. Offers something totally different to Giroud, however not signing a DM could turn out to be a disaster.
Scott_LFC

Wenger apparently only wanted Welbeck on loan and said that if he was in the country at the time, Welbeck wouldn't be at Arsenal?

He was responding to the criticism about him going to Rome. Basically saying people were pissed that he was at a charity game instead of dealings with transfers but that if he hadn't been in Rome then Welbeck wouldn't have been signed.