I did say this England team was being overestimated in terms of it's quality, but this is a monumental fuck up.
Glen Miller

This was obviously a disaster, but I don't think it's the biggest upset of all time like some pundits/commentators are claiming.  We are atrocious.  We haven't won a knockout game for over a decade, we aren't anywhere near being an elite footballing team.
Keyser Söze

I agree this isn't the biggest upset of all time, but that's more testament to how awful England can be. However aren't some of these Iceland players part-timers?

I'm struggling to think of a worse tournament for an England player that what Kane has brought to the table this year. Abysmal doesn't do it justice.
Glen Miller

I don't know, he clearly has a touch of Juninho in him with those set pieces.
ResurrectionRooney

I guess you were right Scott, if only we'd been playing Germany or France we'd have won easily.
Scott_LFC

ResurrectionRooney wrote:I guess you were right Scott, if only we'd been playing Germany or France we'd have won easily.

Er, I didn't say that. Just thought we'd fare better/be more entertaining to watch against a team that doesn't park 11 men behind the ball like Iceland did the moment their 2nd goal snuck in. As soon as that happened, we were fucked and could not break down the wall.

If we paired Portugal, I reckon we'd have done a lot better.

Roy's selection for this game was shocking beyond belief, though. In what world do you shove Sturridge out wide for Kane, who had clearly been our worst player up to that point? Walker was dire and Clyne should have started after being our best player in the previous game. The omission of Lallana, our most creative player thus far, was moronic. Reintroducing Sterling too? Jesus Christ. Rooney should have been pulled off much earlier as he stunk the place out in what was probably his worst game in an England shirt thus far. Rashord should have been introduced at LEAST 20 minutes earlier than he was, he was brilliant on the left. Actually, he should have started, considering Vardy was as useful as a training cone in the previous match.

How we realistically should have started:

Rashford - Sturridge - Lallana
Alli - Rooney
Dier
Rose - Smalling - Cahill - Clyne
Hart
Going by how players performed, Rooney would be off at half time for Wilshere.

Bet we would have won.
YukiAbe1996 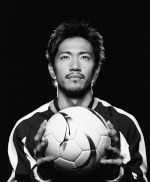 I can't believe we've got at least another decade of that spastic clogger up front unless someone gives him a career ending injury.
Parasect

Iceland didn't park the bus. They outplayed us all game.
Keyser Söze

I wasn't impressed by any of the Spurs players, for all the talk of "Spurs winning the Euros for England" they all turned out pretty shit. Kane we've already touched on. Alli thought this tournament was his only personal goal of the year show. Dier was completely useless against the type of sides England faced. Rose I suppose didn't really do anything wrong but he given how often England relied on their fullbacks he didn't really offer anything in the attacking 3rd. Walker was probably the best of the lot, looked alright in the 1st two games but then was shocking last night.

You could see that Spurs as a whole were lagging towards the end of the season as a consequence of having a manager who's tactical master-plan was to run them into the ground. Massive oversight by Hodgson to put so much faith in them despite most of them not being apart of the qualifying campaign.
Scott_LFC

Parasect wrote:Iceland didn't park the bus. They outplayed us all game.

Yes they did lol. They parked it and played on the counter. The only reason they had more shots than us is because of the space we left when throwing everyone forward.
Stranger

Parasect wrote:Iceland didn't park the bus. They outplayed us all game.

Yes they did lol. They parked it and played on the counter. The only reason they had more shots than us is because of the space we left when throwing everyone forward.

Excuses for what exactly?
Keyser Söze

It was probably a blessing in disguise for Sturridge that he was played wide because he looked fairly poor at times and at least now he has an something like an excuse.
Scott_LFC

The Keyser Söze wrote:It was probably a blessing in disguise for Sturridge that he was played wide because he looked fairly poor at times and at least now he has an something like an excuse.

Created enough chances to win the game last night. Ball to Sterling for pen, cross to Alli who hit it straight at the keeper, cross to Vardy late on, which he missed. Not really having people try and say Sturridge was bad. He's the only reason we beat Wales and when pushed to the wing, there's a limit on what he can do. He created a good few chances against Slovakia too, namely that great ball in for Clyne. Not his fault these chances weren't finished off.
YukiAbe1996

He was dreadful yesterday
Scott_LFC

Yet the only one who created any meaningful chances. He's really not someone who should be getting any criticism, tbh. Vardy, Kane, Rooney and Sterling (bar getting fouled for the pen) were absolutely awful and in the way of scoring goals, didn't muster up a single chance, IIRC. Sturridge created at least 3, out of his best position, so gtfo with the agenda.
Keyser Söze

No agenda at all. I don't think anyone would disagree that all those players you listed were awful, in fact they've bore the brunt more than Sturridge. But he was also poor for large parts of games and looking for little positives to mitigate that, positives you could also apply to the other awful players you listed but haven't, is the only agenda.

From a wider perspective I don't see how it can be an "agenda" when most people have highly praised Lallana. And on my part I've also praised Clyne and Henderson and called the only Arsenal player in the squad shit. So what exactly is this agenda?
Scott_LFC

An angenda against Sturridge.
Keyser Söze

Why would I have an agenda against Sturridge when I've regularly praised him and even admitted I'd like us to sign him (if it wasn't for his injuries)?

Sturridge didn't play well and he's being criticised for it. I don't see any other reason beyond that. Only potential "agenda" is you refusing to accept Liverpool players can play badly.
Scott_LFC

I wasn't talking to you when I said it. Why are you taking this so personally?

I know you weren't talking about me exclusively. My point was if someone like me can think Sturridge played badly without having any ulterior motives then others can as well, hence the point of their being no agenda. He just played badly.
Scott_LFC

He didn't play brilliantly, but he was probably our best player last night, hence why I said he shouldn't really be getting any criticism. Like I said, he created at least 3 pretty solid chances and they weren't all put away, so why should he be getting criticised? We would have won the game if they were scored. No one else even came close to producing the chances he did.
Scott_LFC

And tbh that ball for the penalty is just as good as an assist, and he played a huge part in Vardy's goal, putting in the dangerous cross.

He really shouldn't be amongst the vilified players.
Keyser Söze

You've been very critical of Rooney during this tournament, a couple of posts up you called him "absolutely awful". Yet According to Squawka overall he was England's best player during these Euros. He trumps Sturridge in every attacking stat beside goals scored and actually trumps Lallana in all of them. Does that make you change your mind about him? That's why I don't really use Squawka.

I don't think anyone is picking out Sturridge as the worst player or the most vilified. Let's not exaggerate. Others have been shit on far, far more, Sterling and Kane are the obvious two. But he's getting criticised like most of the squad and in particular the creative/attacking aspects of it.
Scott_LFC

Rooney was awful last game. The previous 2 he played, he was decent.
Scott_LFC

I don't see why Sturridge should be criticised for the creative aspect when he created enough chances to win us the game last night.
YukiAbe1996

Sterling's easily been the most vilified in the squad, despite the fact it should've been Kane. There's no agenda here, I'd have started Sturridge over that spastic inbred cunt up front to start with, but he was poor on the night. The only one who seems to have the agenda is you really, I doubt you'd put up this much of an effort to defend Sturridge if he played for Chelsea or something.
Scott_LFC

YukiAbe1996 wrote:Sterling's easily been the most vilified in the squad, despite the fact it should've been Kane. There's no agenda here, I'd have started Sturridge over that spastic inbred cunt up front to start with, but he was poor on the night. The only one who seems to have the agenda is you really, I doubt you'd put up this much of an effort to defend Sturridge if he played for Chelsea or something.

Sturridge was the least bad player last night.  I am very proud of him.
Sponsored content