Zzonked wrote:Well Sam Tomkins has signed off the right way as we won the league last night.

Your team can be my NRL team now Chip as I wish for him to do well. Also Wests Tigers because of Pat Richards.

Watching the NRL grand final now and it's so much faster in general. Damn what a try by Jennings.

He is doing average. People were expecting big things from him at the start, like running over players and breaking thousands of tackles, hat-tricks every game.

Basically the Warriors have been below average this season, but in my opinion Tomkins has been fine. Bit shaky under the high ball and probably not worth the money they put out for him. But I think he'll be a good signing for the Warriors....

He plays like another half tbh, he hasn't yet got the understanding with Johnson. When that comes, expect big things.

Our whole team is a shambles, we let our best player leave last season and signed a shit guy to a mega contract and it's just a shambles. We need like a clean out of the people working at the club and basically start fresh 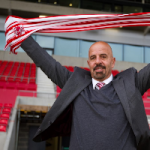